Three years ago when we had the opportunity to implement the United Nations Global Survey For A Better World MY World 2015 in my hometown Jalisco, México we were able to realize people’s interest in being part of the new global development agenda. Back then, I was amazed by people’s willingness to act and help others participate in the definition of the Sustainable Development Goals (SDGs). At the end of the day, having collected nearly 400,000 voices in the survey thanks to the mobilization of 500 young volunteers and 255 organizations, Jalisco was able to position itself as one of the most participative entities in the world in the definition of these new Global Goals.

This also led to make Jalisco’s the first in our country to align its State Development Plan to the SDGs taking into account the MY World 2015 results. Jalisco was also part of the adoption of the SDGs and was also awarded the “People’s Voices Challenge Award” for Best Multi-stakeholder Collaboration in September 2015. The results also had a considerable impact in Mexico’s First National Voluntary Review before the High-Level Political Forum on Sustainable Development (HLPF) in 2016, as a significant input for SDG actions coming from civil society’s mobilization mechanisms.

However, as soon as the SDGs were adopted in September 2015, the big questions for an already highly motivated team made mostly of young people, were “so what comes next?” and “how do we make sure that the SDGs are a reality by 2030?”. Thankfully for us this was also a question raised by the United Nations SDG Action Campaign which had recently transform itself from the United Nations Millennium Campaign and was exploring the different ways in which MY World could be used as a platform to track awareness on SDGs and progress according to peoples’ satisfaction until 2030.

This is how a group of organizations and highly motivated people supported by the United Nations SDG Action Campaign and United Nations Volunteers in Mexico, decided to establish a national network called MY World Mexico in April 2016. This network, would not only implement the MY World 2030 survey throughout Mexico, replicating Jalisco’s successful strategy, but would also lead actions at the local, national and international levels for the implementation, monitoring, financing, follow-up and socialization of the SDGs in Mexico.

In its first year, MY World Mexico was able to collect close to 30,000 MY World 2030 votes in at least 25 states around Mexico thanks to the efforts of 75 volunteers and 20 Civil Society Organizations. By July 2016, during the first HLPF that would review countries the team was able to provide the United Nations SDG Action Campaign and Mexico’s Office of the Presidency, the first results of the survey. At the same time at the United Nations Headquarters MY World 2030 was officially launched and members of our team were able to present some of the outcomes of this first implementation phase.

Simultaneously at the grassroots level, our volunteers were activating hundreds of other activities that were able to get others engage in the SDGs. The first challenge that the MY World 2030 results showed was that people did not know about the 2030 Agenda for Sustainable Development. Around 83% of the people who were surveyed, said they never heard about the SDGs before. The second challenge was that the results of MY World 2030 were quite different from what the MY World 2015 had shown in the past. For example, Water and Sanitation (SDG 6) were among the top priorities, as well as Health and Well-being (SDG 3), which led to identify that people indeed perceive implementation of the SDGs as quite a challenging effort. 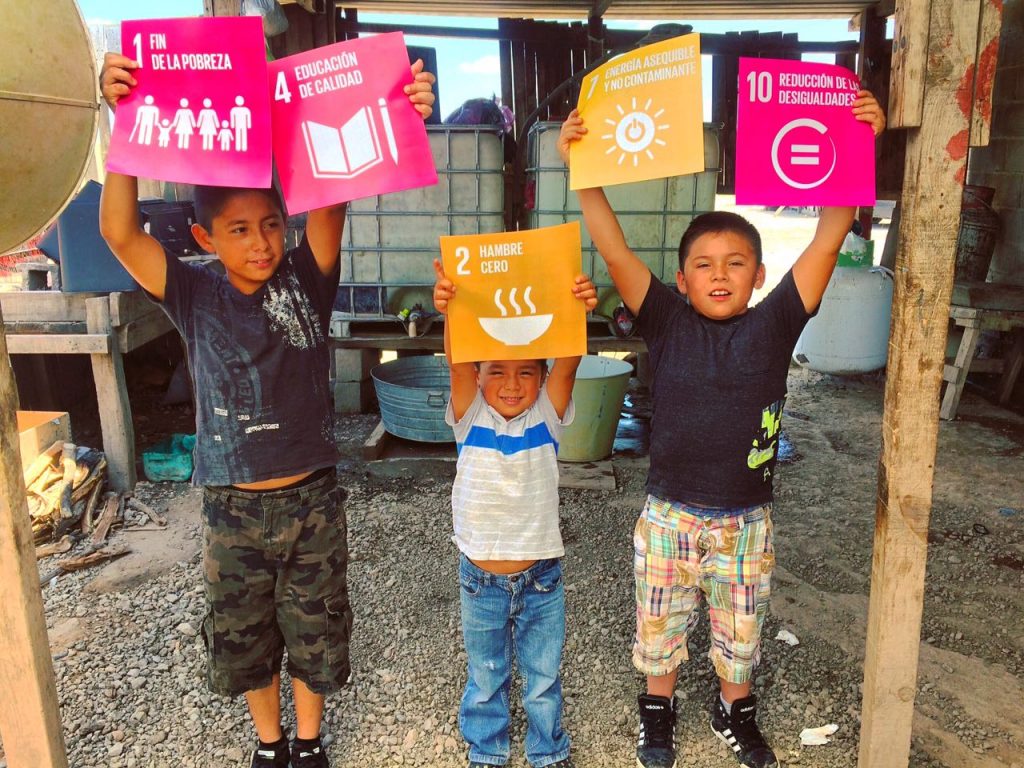 Ever since, the network has grown significantly. As of today, MY World México is composed by nearly 60 organizations from academia, civil society, the public and private sectors, as well as 130 volunteers in almost all states in Mexico. The actions and strategies MY World Mexico focuses on are:

The network has also participated in key advocacy processes in the United Nations, such as: 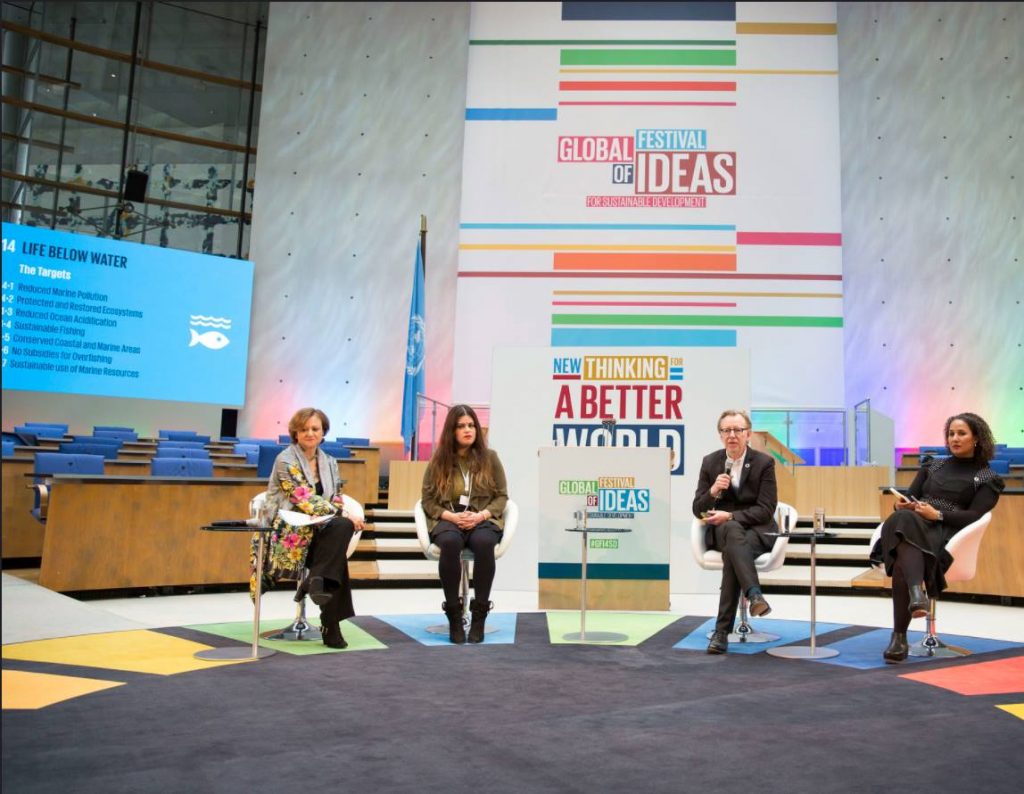 The network has been one of the first partners to sign a National Voluntary Commitment before the President of the United Nations General Assembly for the 2017 Ocean Conference leading 25 coastal cleaning activities; 50,000 MY World 2030 surveys and 87 educational activities to achieve SDG 14 on Life Below Water.

The network is leading actions across the country on a daily basis to achieve the SDGs. We have also taken into account other projects such as Humans of MY World; Virtual Reality; Hackatons; hundreds of conferences and other mechanisms that allow us to tell everyone about the SDGs and incentive action. We have partnered with initiatives such as TeachSDGs, The Global Goals and The World’s Largest Lesson to use existing creative platforms to engage many others in the process. The network grows by numbers every week and is trying to ensure State and Municipal Committees on SDGs are implemented and that the recently established National Council on the 2030 Agenda for Sustainable Development mandated by the Office of the Presidency includes the participation of all social actors involve in the SDGs. The MY World Mexico’s team took part in the installation of this Council, which is hoped to shape federal policies in the SDGs for the years to come. 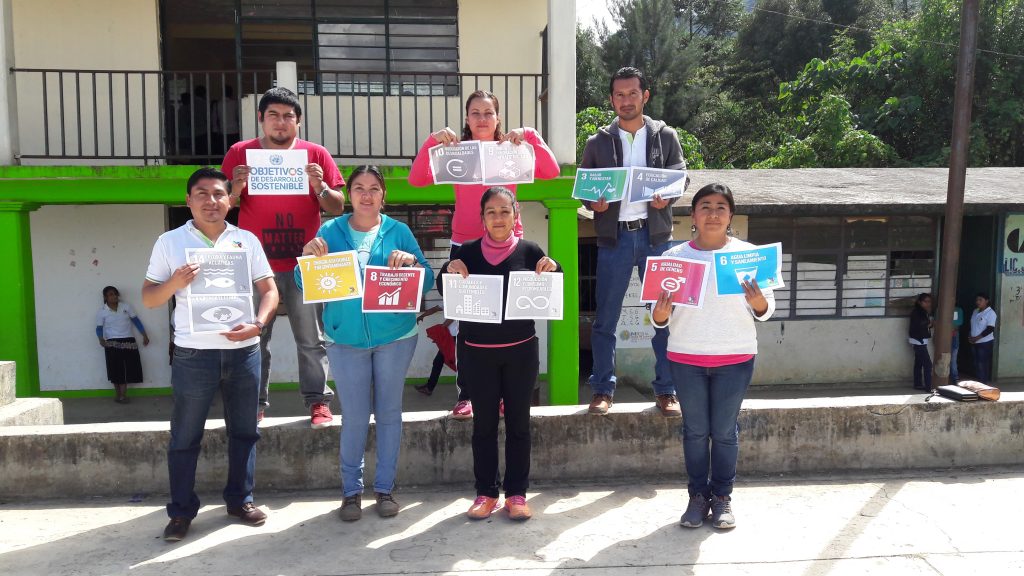 A year of great achievements for our time has not only motivated others to participate in the SDGs but has built a solid, diverse and talented team across the country. As one of the first pilot countries of the second phase of MY World 2030 we have been able to secure a place for the SDGs in many people’s hearts and minds, as well as in key efforts in organizations from across sectors. We are certain that MY World Mexico will continue to grow and expand itself to make the 2030 Agenda for Sustainable Development a reality in our country. 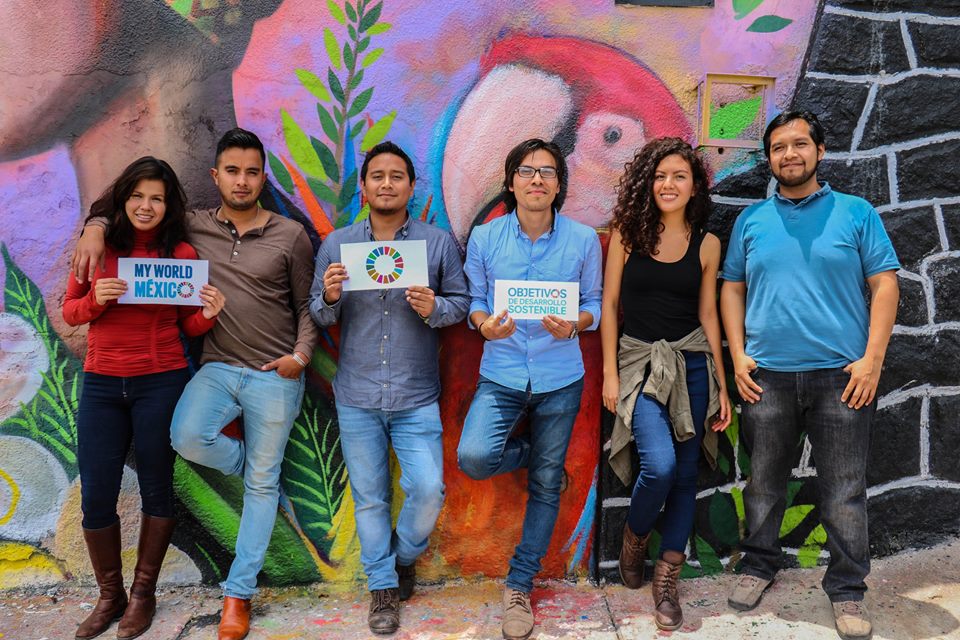 Being able to lead this amazing project has taught me great life lessons, among them realizing how interested young people are in shaping their future. Interest has led to amazing daily actions, which is why I see MY World Mexico as more than a team but a finally that has been able to build a strong spirit of commitment to make our country better. We are in contact every day, through every possible mean, making sure we connect our ideas and our work wherever we go. Part of the success of our strategy depends on respect to diversity and willingness to work despite challenges.

We are forever grateful with each and everyone of the individuals, organizations, authorities and United Nations entities that have participated in this one-year journey as MY World Mexico. We could not have done this without out you. We hope to continue to work together for another year of great efforts!

Invitación a Ponencias u Otras Participaciones